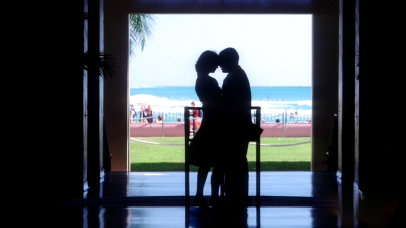 There’s many who consider him the best American director working today. There are those who call him an auteur. However superlative you want to get about it, it’s just pretty hard to deny that Paul Thomas Anderson has made some damn fine movies. His latest, out in theaters this week, is an adaptation of Thomas Pynchon’s comedic, Chandler-ish neo-noir “Inherent Vice”; between an unexpectedly slapstick-heavy trailer and a largely befuddled critical response so far, it’s hard to tell where this one will fall in Anderson’s filmography. But we’ll take any chance to take a look back at some of the director’s exceptional work.

Available to rent on Vudu, purchase on Amazon Instant or iTunes, or rent on disc from Netflix

A sprawling assembly of love, loss, chance and choice, Anderson followed up his wildly entertaining Altman-esque sophomore feature “Boogie Nights” with an even more ambitious ensemble drama. One of his most polarizing works thanks to its idiosyncratic structure, blatantly stylized sequences like an all-cast in-character sing-along, and probably the cinema’s first and only case of deus ex amphibia, “Magnolia” is nothing if not memorable, which is more than one can say for most attempts at the “we’re all connected” drama sub-genre. It helps that the actors are all firing on all cylinders, chomping on Anderson’s wild scenarios just enough to keep them from becoming completely overwhelming.

Available streaming on Netflix, for rent or purchase from Vudu, Amazon Instant, iTunes

It seems almost a joke to refer to “Punch-Drunk Love” as P.T. Anderson’s rom-com, but that is essentially what it is; a breezy, 90-minute romance with every element of a crowd-pleaser: shabbily empathetic leading man (Sandler, employing all the best of his generally-buried comedic and dramatic talent); confident and stunning leading lady (Emily Watson, inhabiting the Manic Pixie Dream Girl role but managing to be neither manic, nor a pixie, nor a girl); charismatic and illogically nasty scene-stealing villain (Philip Seymour SHUTSHUTSHUTSHUTUP Hoffman). And for all the narrative weirdness and moody Jeremy Blake interludes, it’s ultimately, bizarrely sincere. When Sandler’s sad-sack, anger-prone hero starts winning, Anderson lets him keep winning, towards an ending that feels genuinely earned because Sandler and Watson have passed some sort of alternate-reality gauntlet.

Available streaming on Netflix, to rent or purchase from Vudu, Amazon Instant, iTunes

It wasn’t intentional for this list to serve as a co-tribute to both Anderson and his frequent collaborator, the late Philip Seymour Hoffman. But it’s a testament to the ability and vision of both that not a single one of the three Hoffman roles included here remotely resembles the others – after earnest, saintly Phil Parma, to explosive con man Dean Trumbell, we top it off with arguably the greatest performance of Hoffman’s towering career: the enigmatic, paternal, magnetic, manipulative cult leader/pseudo-philosopher Lancaster Dodd. Anderson’s masterful film-length clash between Dodd and Phoenix’s impressionable, unhinged Freddy Quell is as uneasy and disturbing as a horror film, a deep dive into the psychosis of leadership, politics, religion, parenthood.

Ethan currently lives in Connecticut and works in digital and audiovisual preservation. Detailed thoughts on 1930s Soviet cinema available upon request. View all posts by Ethan