For those of you who read my blog for the occasional Ryan Gosling picture, I would ask you to indulge my snobbier film tendencies today. Several months ago, I decided to educate myself on French cinema – but not necessarily the acclaimed New Wave films of the 1960s and 70s. The legend of the Nouvelle Vague is firmly entrenched in critical narratives of film history: even those who have never taken a film class might be familiar with names like Francois Truffaut and Jean-Luc Godard. Along with comrades like Alain Resnais, Eric Rohmer, Jacques Rivette and Agnes Varda, this cadre of young critics-turned-filmmakers sparked a cinematic revolution with a host of energetic, innovative, frank films; their influence was felt, somewhat belatedly, in Hollywood in the late 1960s, when the so-called “Easy Riders, Raging Bulls” generation briefly seized control of Tinseltown.

What I found problematic about this tale, and what I wanted to investigate, was the necessary implication that French cinema immediately before the New Wave was complacent, monotonous and superfluous. Sandwiched between the “Golden Age” of Jean Renoir, Jean Vigo, René Clair and Marcel Carné in the 1930s-40s and the Nouvelle Vague in the 60s, 1950s French film has generally been given short shrift.

I do not mean to underplay the importance of the New Wave – the fact that, between 1958 and 1962, roughly one hundred filmmakers at or under the age of 30 released their first film is a staggering indication of the creative output of the movement. Plus, basically all of the films I list below were exempt from the bland “cinema of quality” that Truffaut and his colleagues railed against; the New Wave was nothing if not hyper-aware of the filmmakers who paved the way for them. All I want to do is complicate the myth of the Nouvelle Vague – to point out some extraordinary mid-century French films that were quietly pushing the boundaries of cinema as much as the louder, more publicized generation that followed. I hope I can encourage some of you less historically-minded film fans to check them out, as well. 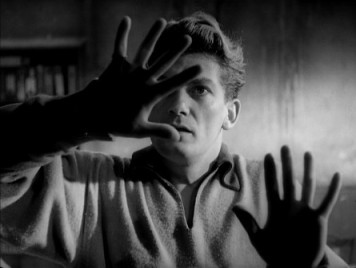 A major figure of the avant-garde, Jean Cocteau had already been making waves for decades as an experimental poet, author, playwright, artist and filmmaker before “Orpheus.” But this contemporary variation on the classic Greek myth is undoubtedly the pinnacle of Cocteau’s cinematic career. The director, fond of practical special effects, perfected several of the techniques he first presented in 1946’s “Beauty and the Beast,” including reversed film and trick angles, creating hauntingly beautiful images that perfectly complement the timeless, melancholic tragedy of Orpheus. Later in the decade, Cocteau would cave in to his more obnoxious avant-garde tendencies in the supremely self-indulgent follow-up “Testament of Orpheus,” but “Orpheus” was the perfect marriage of traditional storytelling and innovative method. 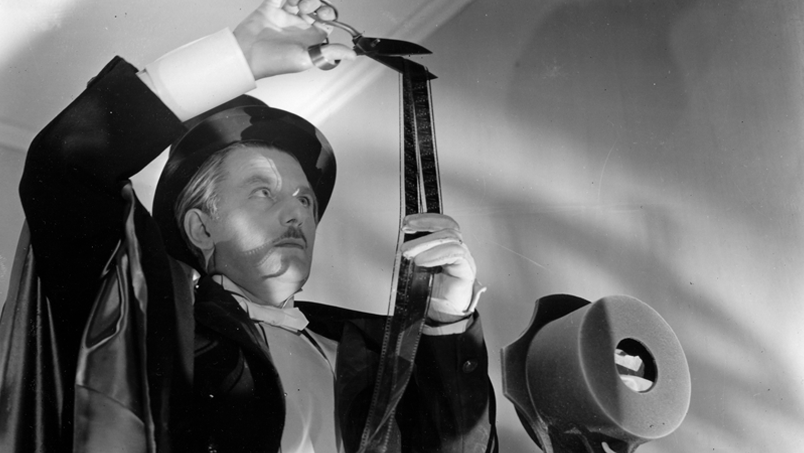 Max Ophüls, a German-born director who bounced from Austria to the Netherlands to the United States, returned triumphantly to the continent in 1950 with this delightful, fanciful adaptation of Arthur Schnitzler’s scandalous 1897 play. A series of ten intertwined love stories, “La Ronde” was so candid with its sexual material that the film was briefly banned from the United States (it wound up getting nominated for two Oscars anyway). Ophüls’ later film “The Earrings of Madame De…” (1953) is probably a more complete vision thematically, but “La Ronde,” with its constantly drifting camera, unexpected angles and playful performance by pseudo-emcee Anton Walbrook shows off more of the pure creative exuberance that would define the New Wave.

One of the few filmmakers who really thrived in both the pre- and post-new Wave eras, Réne Clément had a predilection toward the kind of middle-brow literary adaptations that the Cahiers crowd so despised; yet he infused those projects with an edge of morbid humor and latent sexuality that endeared him to the young enfants terribles. That’s nowhere more apparent than in “Forbidden Games,” a disquieting and utterly original film about two children grappling with the destruction of WWII. Their fascination with death escalates in a manner that is both an utterly authentic depiction of childhood and an uncomfortable exploration of the line between curiosity and obsession.

Traditional dramas may have generally suffered in 1950s French cinema, but that stagnation was matched by an explosion of quality genre cinema. Henri-Georges Clouzot’s one-two punch of masterful thrillers is worthy of comparison to the work of his contemporary Alfred Hitchcock (Clouzot, apocryphally, snatched the rights to “Diabolique” a day before Hitchcock could): “The Wages of Fear,” a literally slow-burning melodrama about a group of European drifters hired to drive two trucks of nitroglycerine down a perilous South American highway, is relentlessly tense and far bleaker than anything Hollywood could stomach at the time; while “Diabolique” takes a relatively straightforward murder plot (a wronged mistress and wife join forces to kill their tyrannical lover) and milks it for every heart-stopping drop of suspense. Any fan of “Vertigo” or “North by Northwest” would find plenty to love in Clouzot’s under-appreciated oeuvre.

The era of film noir never really ended for the French, and crime thrillers particularly thrived during the 1950s. “Rififi” distilled the genre so perfectly that it became the model for pretty much every single heist film that ever followed, from “The Italian Job” to “Ocean’s Eleven.” The extended, almost totally silent robbery sequence in the middle of Jules Dassin’s masterpiece is a cinematic ode to meticulous craft and professionalism – both that of the robbers and the film itself. 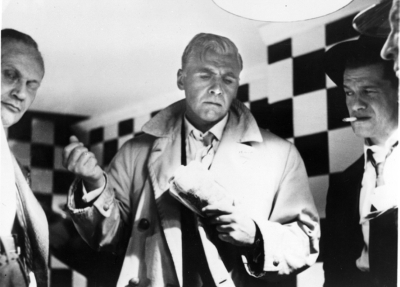 Coming right on the heels of “Rififi,” the group-heist narrative of “Bob le Flambeur” seems a bit of a retread, but the film still stands out thanks to Jean-Pierre Melville’s directorial flourishes. Melville was known as the “godfather” of the New Wave, and probably had the most direct influence of any other filmmaker on the younger generation – Godard considered him something of a personal mentor, in the same way that critic André Bazin was to Truffaut. In fact, there’s a convincing case that Melville actually came up with the idea for the innovative “jump cut” editing style that made Godard’s “Breathless” so famous. There is at least one jump cut present in “Bob le Flambeur,” and although Melville ultimately preferred a less frenetic approach for his own films, there is a fresh and propulsive quality to his editing that was unmatched by anything in French cinema before him.

Harkening back to the days of silent film comedians like Chaplin and Keaton, Jacques Tati’s work delighted thanks to some impressively coordinated physical comedy and a quiet, pleasant tone that seems completely alien by today’s standards of humor. Tati’s on-screen persona of Monsieur Hulot was first introduced in the charming “Monsieur Hulot’s Holiday” (1953), but “Mon Oncle,” with its jabs at the absurdity of technology and the modern middle class, lends a little more edge to the comedy, and features some truly extraordinary set designs. Don’t miss the garden party set-piece, the height of Monsieur Hulot’s grace under pressure.

A loose adaptation of “Crime and Punishment,” Robert Bresson’s “Pickpocket” tackles much of the same issues of faith, morality, pride and redemption, albeit in Bresson’s signature sparse style. Working with non-professional actors, Bresson insisted on stripping away as much emotion and inflection from his performances as possible, dispensing with narrative frivolities and leaving only physical action from which to draw ethical conclusions. This style lends “Pickpocket” (and his later masterpiece “Au Hasard Balthazar”) an almost transcendent forthrightness; it is so direct, so sharp, that Bresson immediately cuts to the heart of the philosophical questions at hand.

All right, I’m cheating a bit here – Claude Chabrol was, of course, a colleague of Godard and Truffaut at Cahiers du Cinema, and his first two features are arguably the official starting point of the New Wave itself. But this pair of low-key character studies are often overlooked in favor of the much flashier “Breathless.” “Le Beau Serge” and “Les Cousins” sport the same two actors as their leads, only with their roles cleverly flipped from one to the next: the first tells of a young intellectual (Jean-Claude Brialy) returning to his rural childhood home, only to find one of his former best friends (Gérard Blain) has become a drunken, abusive boor; in the latter, Blain plays the quiet country bumpkin visiting his bohemian, decadent cousin Brialy in the city. Together they create a fascinating vision of aimless youth and wasted talent, a succinct summary of the New Wave’s take on their own generation. 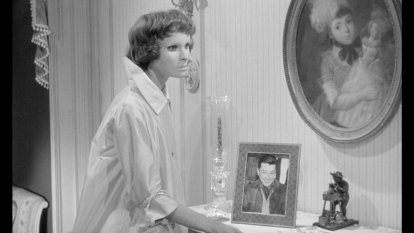 Suspense thrillers were everywhere in 1950’s France, but out-and-out horror was surprisingly rare. So Georges Franju’s skin-crawling shocker about a doctor obsessed with restoring his daughter’s burnt and scarred face (by literally transplanting the skin from kidnapped young women) stands out all the more for its utter uniqueness in the French cinema of the time. Some remarkably graphic medical scenes roused plenty of controversy (one should’ve expected no less from the director of the queasy 1949 meat-factory documentary “Blood of the Beasts”), but “Eyes Without a Face” remains notable more for its quiet surrealism, as in Edith Scob’s off-putting yet fanciful expressionless mask (to which Leos Carax recently paid tribute in “Holy Motors”).

The last film of Jacques Becker, another genre master, “Le Trou” is the culmination of another favored sub-set of 1950s French film: the prison escape drama. Bresson released his own take in 1953’s “A Man Escaped,” a film that unsurprisingly stripped away everything but the meticulous details of its protagonist’s escape plan; “Le Trou” is similarly precise in showing every single step its five cellmates take (the film is based on a real incident, and one of the actors is actually one of the inmates that were involved), but also allows space to get to know each of the men involved. In particular the inherent tension between unspoken leader Manu and newcomer Claude festers right up to the film’s startling climax. It’s a marriage of emotional and aesthetic realism that the New Wave, now really starting to explode, would’ve admired.