Having failed to think up a creative blog idea on my own, I am once again stealing from one of the bloggers I admire (I swear, I’ll think up my own cool hook one of these days). Sasha Stone today unveiled her list of the top 20 actors overdue to win an Oscar – that is, actors who have consistently delivered great performances over their careers (so MULTIPLE snubs are called for here, not just one-and-done mistakes by the Academy – sorry, Bill Murray). My personal rule of thumb was to see if I could name three performances worthy of a nomination off the top of my head.

It’s an intriguing  idea, so I thought I would post my own list. A lot of it will look the same as hers, with a few tweaks in rankings and the exclusion of actors who I don’t feel qualified to make a judgment on, since I haven’t seen much, if any, of their most acclaimed work – so that excludes people like Glenn Close, Michelle Pfeiffer, Joan Allen, Judy Davis, Alec Baldwin. So, this is hardly a complete list, just meant to stir up some debate.

There’s a lot of younger actors skirting the edge of this list: Clive Owen, Christian Bale, Ryan Gosling, Natalie Portman, Leonardo DiCaprio. In these cases, there just isn’t quite enough evidence yet of a sustained career or excellence; at least, not enough to say that they are more deserving of an Oscar than the people on this list, who have been paying their dues for longer. We can probably assume that, like many people on this list, those young stars will get theirs eventually. If they don’t – well, there will always be lists like these. And honorary Oscars.

On the borderline of that “too young” club, but the most deserving given he already sports a career with several memorable, powerhouse performances. He is also much more consistent than many of his generation, consistently turning in quality work even in crap material like Death to Smoochy.

Best performances: Aliens, Gorillas in the Mist, The Ice Storm

Weaver has suffered from a lack of good roles since her peak in the early ’90s, which is an absolute shame. We really can’t find anything for the actress who proved that female heroines could be every bit as independent and bad-ass (not to mention popular) as their male counterparts?

Harrelson got unlucky this past year, with his career-best turn in The Messenger running afoul of Christoph Waltz’s entrancing performance in Inglourious Basterds. Hopefully, he’ll get another role he can really sink his teeth into; in the meantime, he’ll continue making schlock like Zombieland far more entertaining than it has any business being. 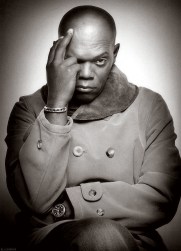 Jackson, an audience favorite, has separated himself from many other actors of color in this era by managing to consistently find himself memorable roles. There are many actors with the talent to make this list: Don Cheadle, Salma Hayek, Angela Bassett, Alfre Woodard, who just haven’t had the opportunities to make careers of the caliber they deserve. But Jackson’s unique brand of characters have earned their place in cinema history and should be recognized.

An absolute chameleon, Oldman has been an invaluable character actor for several decades now. He gets bumped up a few places on the list because he is the only one here who the Academy hasn’t even nominated. Not once. Absurd.

This versatile actress gets bonus points for being just as good whether she’s acting in English or French. Alas, her better roles usually come from France, and the Academy is far more hard-pressed than I to overcome its language bias.

Best performances: Pirates of the Caribbean: The Curse of the Black Pearl, Ed Wood, Edward Scissorhands

Depp is really honing in on his Oscar, with all three of his nominations coming within the past decade. It could come as soon as next year – his role in The Rum Diary looks like a home run, as long as the talented, intelligent actor delivers the goods.

Best performances: Gloria, A Woman Under the Influence, Opening Night

In the years since the death of her filmmaker husband John Cassavetes, Rowlands has shifted to acting more in theater and television. Still, the ten films she made with her husband represent one of the greatest actor/director collaborations ever, and that Rowlands somehow emerged from that stretch without an Oscar is a mistake they must fix at the first opportunity.

Best performances: The Lord of the Rings (pick one), Gods and Monsters, Richard III

Believe it or not, there are many in the Academy turned off by the fact that McKellen is very openly gay. He also has a tendency to play more villainous characters, not the likeable sort the Academy usually leans toward. Absolutely stupid reasons to deny one of the most talented, recognizable actors of his generation. Losing Best Actor (for Gods and Monsters) to Roberto Benigni in Life is Beautiful is one of the Academy’s all-tim greatest flubs (and that, of course, is saying something).

Her status as Mrs. Warren Beatty distracted many from her considerable acting talents for years, but she should get hers fairly soon. One thing that might help: she has a tendency to play bitchy characters, which turns the Academy off if they don’t end up having a heart of gold in the end. If she can find a role that lets her do what she does best, then ultimately redeem herself? Good as gold.

Best performances: The Sound of Music, The Last Station, The Insider

Plummer FINALLY earned his first nomination this past year; many thought he deserved to win for The Insider, but he couldn’t even manage a nod then. He’s been firmly dependable for decades when you needed someone suave and sophisticated (sometimes villainously so). Unfortunately, unless he can find a really plum part (and how much better can you get than Leo Tolstoy?) he’s pretty much past that point where pity wins are acceptable; you’ll probably see him getting an honorary Oscar within the next couple of years.

A recent poll of Academy members revealed that if they could take back any award from the past 25 years, they would give the 1993 Supporting Actor prize to Ralph Fiennes in Schindler’s List instead of Tommy Lee Jones in The Fugitive. Of course, had they done so, I can guarantee that Tommy Lee Jones would occupy this spot on the list instead. Ah well. Fiennes, like all theater-trained British actors, turns in exceptional work no matter what his material. Not even getting nominated for The Constant Gardener was, in my opinion, possibly the biggest snub of the decade.

Best performances: The Savages, Kinsey, You Can Count on Me

Linney is incredibly versatile, at home doing drama and comedy alike. Like Julianne Moore, she’s mostly been a victim of circumstance so far; all she needs is a role that takes her a little beyond the already considerable heights she’s reached, and she should snare an Oscar easy.

Probably the heir to Jeff Bridges in the “wait, he hasn’t won yet?” department. So, all he needs is an excellent lead turn (not difficult for him), a couple of “remember how much you love Ed Harris?” articles in the trade papers, a blogosphere campaign, and boom, he’s got it. He could have a shot this year in Peter Weir’s The Way Back.

Considering Woody Allen’s penchant for landing Oscar wins for his actors (especially the ladies), it’s rather remarkable that Farrow made it all the way through that phase of her career without a win. Her recent political efforts have taken precedence over her acting career, but I bet a lot of people would still remember the talent she showed during her peak if she can find an Oscar-baity role.

Best performances: The Seventh Seal, Pelle the Conqueror, The Exorcist

Like another great actor further down this list, the dour Swede did his best work when he was collaborating with famed auteur Ingmar Bergman. He’s done a nice job of re-raising his profile this past decade in populist Hollywood fare like Minority Report and Shutter Island – if he can find a truly great villainous role (since that’s both a) what’s usually available for men his age, and b) what he’s best at these days, anyway), there could be a sympathy campaign for him along the same lines as Christopher Plummer and Peter O’Toole.

The fact the Academy snubbed Moore for her brief but memorable turn in A Single Man this past year was actually a good sign: it showed that they’re probably not going to nominate her again until they’re sure she’s got the win locked up. She gets taken for granted because she’s always so good, but the next time she gets a really flashy role (imagine if she had the fake nose in The Hours instead of Nicole Kidman), she should have it in the bag. And it’s about freakin’ time.

The gravelly-voiced Brit probably came closest to an Oscar in 2001, for his supporting role in Erin Brokovich. He’s a likable actor who has certainly paid his dues since he began acting in the 60’s; if he can gain notoriety for a role the same way he did with Erin Brokovich, the memorable actor could still snatch a statue before he drifts into honorary Oscar territory…

Best performances: Lawrence of Arabia, The Lion in Winter, The Stunt Man, Becket

…a land poor Peter O’Toole is already all too familiar with. There was an attempt to get O’Toole his centuries-overdue award a couple years ago for Venus, but by then he had already collected his career-killing honorary Oscar. The absolute master of the historical epic, O’Toole created some of the most memorable characters in film history, including of course the legendary Lawrence of Arabia, and will end up walking away with nothing to show for it.

O’Toole is of course famed for having been nominated for an Oscar 8 times and never winning. If there was any justice in the world, Ullmann would have at least that many nods under her belt, and a bevy of wins to boot. Like Max von Sydow, her best work came when she was collaborating with Bergman – and what work it was. Besides the first three films I listed above, there was also Shame, Autumn Sonata and Scenes from a Marriage. She’s one of the greatest actresses of all time – and Hilary Swank leads her by two Oscars. Gag me. She’s taken up as an actress and director of theater in the past couple of decades; I can’t imagine, since the death of Bergman, what director could lure her back to the film world for a last, great swan song (perhaps herself?) and give her the material needed for an Oscar, but lord knows she’s overdue for such recognition.